NOTE : This is a DEMO and features only five levels, the real game will have a lot more content, more traps, objects and surprises. This demo introduces only a few of those.

Please take note that textures, sounds, music and some interactions may change later on. Your feedback is more than welcome, and please do notify me of any bugs or other oddities that may occur. This is my first real game project so any comments, positive or negative will be helpful.

Inkbit is a 1-bit puzzle game, inspired by classics like Zelda. You control Inkie, one of the octopus-like creatures which use their ink to control the elements. Use fire to light the fuses, rocks to crush obstacles, wind to push barrels and water to set off flames on your path . It's up to you to get back your kingdom's stolen treasure!

The levels are filled with traps, levers, buttons and pressure plates, master the elements and interact with your environment to get past your obstacles.

Try out different techniques to get through the levels, there usually is more than one solution to get to the goal.

Challenge yourself and try to get all the treasures!

Many sailors have told tales about a kingdom deep under water called Depthus, where the magical creatures, the octopy live. These tales say that the octopy have been on our planet since the dawn of time and that they have actually created our world. It is also believed, that these mysterious creatures control all the elements. Their powers are said to be in their ink.
People respect and fear these creatures as the might destroy our world as easily as they've created it, that's why people worship them by throwing pearls and other treasures to the bottom of the sea.

None have actually seen these mysterious creatures, but they're ink is said to be invaluable. Just one drop of their ink could be used for all good things imaginable... and bad as well...
One would only have to someway lure these creatures to the surface...

One day in the kingdom of Dephtus, the Queen got terrible news all of their pearls and treasures we're stolen! None of the octopy had any idea who or what had stolen all of their valuables.
One young octopy called Inkie looked around the kingdom and found a mysterius trail leading away from their kingdom. Inkie showed the trail to the other octopy and told them, that she wanted to go and follow it to see if she could find all of their stolen treasure.

The Queen approved and said that Inkie should use all the elements as needed to find the thief and bring back their stolen valuables!

Try out different elements on objects and see what can happen!

Very nice my dude! It works much better with the new controls! Very fun to play!

Glad to hear that! 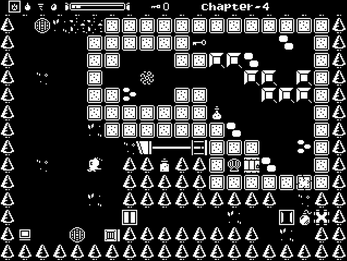 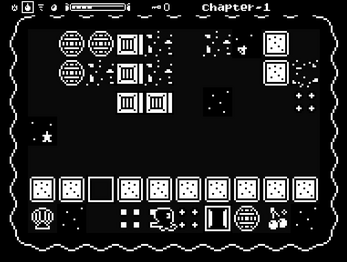 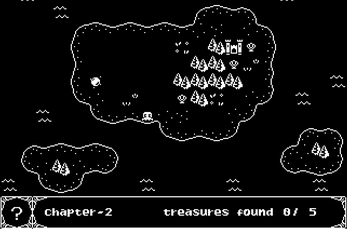